Construction defects are not always easy to identify

Construction defects are not always easy to identify. There are numerous things that can go wrong in a house that are a result of the house settling or just expected wear and tear. When you begin to see electrical system issues that are affecting your heating and electrical flow or even causing HVAC issues, then there may be a potential construction defect. In this case, the culprit could be faulty wiring.

Faulty wiring can cause serious damage in a home. It can cause a fire, a blow out of the heating and electrical systems, general electrical system issues or HVAC issues. Faulty wiring is not something you should ever to try to fix. Contact a professional licensed technician to evaluate the problem. Once you have gotten the proper advice, make sure you document the problem. Keep all paper work given to you by the technicians including their estimates for repairs.

Faulty wiring that is so severe that it causes electrical system issues or HVAC issues can be negligence on the part of the builder or the developer. There could also be some negligence on the part of the heating and electrical technician, but who chose this contractor or subcontractor is also relevant. It is difficult to speculate where exactly the responsibility of the cost of damages and cost of repair should fall. This is why documentation of every step you take is important. Since your first priority is to fix your house and to make it safe, having evidence of what the “before” situation was will be crucial for someone to determine who was at fault.

The reality is that the liability of these issues could very easily be the builder’s but to prove this can be quite challenging. Do not hesitate to contact an attorney today. Trying to fix your house and make it safe to live in but not miss anything that can help you hold the appropriate person or group responsible can be very daunting. Do not think you have to take care of this on your own. You need to contact an attorney today that will make sure you are taking the right steps to resolve these serious problems.

What We Can Learn from Them

Car accident reports are the best measures of just how dangerous the roads can be nowadays.

While on the road, there are a lot of things that can go wrong.

Fatal car accident reports show that all car crashes happen differently and are based on completely varied conditions and reasons.

Whether it is speed driving, drunk driving, aggressive driving, vehicle problem, and so on, the reasons behind car accidents are quite common and can happen to anyone.

A driver could be adjusting the radio, using a cellular phone, looking at a map, or simply enjoying the scenery, but the distraction is enough to cause a car accident.

When to file a report

If you’ve been in a car accident, make a report about it, preferably within 72 hours following the accident.

Auto accident reports should be filed when there is more than $1,500 worth of damage to your vehicle or to any other vehicle involved in the accident, when any vehicle is towed, when the accident causes injury or death, or when any other property is damaged.

Here’s some of the recent auto accident reports recorded in the country just this year.

In April of this year, 22-year-old rookie baseball player Nick Adenhart, one of the Los Angeles Angels, died in a fatal car crash in Fullerton, California. Adenhart, a rookie pitcher, just debuted in Major League Baseball before the accident happened.

The report on the accident also stated that two other passengers died in the crash, which involved a red Mitsubishi sports car. The reports also state that the car was hit by a van, which hit another vehicle aside from Adenhart’s. The Mitsubishi vehicle, however, was forced into a utility pole.

Police reports specified that the driver’s license was suspended prior to the accident following a previous drunk driving case. The reports also included the results of the suspect’s blood-alcohol level, which was found to be beyond the legal limit.

Just recently, another car accident quenches the hopes and dreams of a teenager in Chambers County, Lafayette. According to the accident report, Kayla Vines was traveling along U.S. 431 when her car rolled over. The cause of the accident is still undergoing investigation.

Police reports have not confirmed whether drunk driving and over-speeding are involved. Drug use was not ruled out, but police reports also noted that the victim did not have her seatbelt on.

Another recent car accident occurred in Columbia, killing 24-year-old Brad Irey. According to police reports, Irey was driving along Nifong Boulevard in his Chevy Impala.

He eventually lost control of the car. The Chevy went airborne and hit a utility pole. The driver, Irey, died instantly. Police have not yet confirmed whether drugs or alcohol is involved.

The three recent car accident reports have several common features. All three are fatal and killed young drivers or passengers in the 18-24 age range.

This same age range also has the highest accident and fatality rate in all of United States. Drunk driving, failure to use a seatbelt, and hitting road hazards also played a role in the cases.

Fatal Car – Truck Accident Reports – A Closer Look at Deadly Car Crashes
Car accidents come at various extents; some are deadly, while some are not. Although accidents cannot be avoided, looking into fatal car accident reports can keep accidents as non-fatal as they can be.

Fractures are common in car crashes and because of the speeds and the force of the impacts involved, the fractures are often more serious than in falls. Broken legs are often serious and can impact a victim’s life because they are load bearing.

Traction treatment has been used for serious leg fractures for decades

Serious fractures sustained in automobile wrecks are more likely to require surgery, and in some cases our experienced San Antonio car accident injury attorneys see multiple fractures requiring reconstructive surgery and crush injuries in which metal hardware may be needed to secure bones.

Because of the complicated nature of leg fractures it’s almost always worth contacting a Texas serious injury lawyer. The victim may require intensive surgery or long periods of physical therapy. Insurance companies may seek to short change the victims in a settlement that fails to cover all costs.

Although a leg injury hopefully will not involve the same kind of long-term financial and physical costs as a traumatic brain injury or a spinal injury, fractures often do attract sizeable figures in settlements.

It’s usually fairly obvious if you have broken a bone in an accident. Symptoms include a misshapen limb or joint, swelling, intense pain and limited mobility.

If you suffer a fracture you should seek medical care immediately.

There are many bones in the leg. The femur is the single bone, also known as the thigh bone, in the upper leg. It requires a great deal of force to break a thighbone across its length and this fracture is often associated with potentially life-threatening injuries to other parts of the body.

A sprain is a tear of the ligaments that hold the bones together. Severe sprains and fractures need surgery to repair. But in less severe case they may heal themselves.

A leg may need to be immobilized and kept in one position in a splint or a cast for a time to heal. In some cases this can mean a victim of a crash is unable to work and may lose out financially. A leg may need to be kept above heart level to decrease the risk of swelling. Patients who are not allowed to put weight on a leg will be given crutches. Muscles can be become smaller due to the lack of exercise in a period of immobilization. This is known as atrophy. Please see this website
There are some dangers of side effects after a fracture. If a cast is fitted too tightly it can cause nerve damage, paralysis and a loss of sensation. Patients should inform their doctor of any feeling of numbness or tingling.

You could lose a limb if circulation is cut off to a leg. In rare cases blood clots can be dislodged from the leg and enter the lungs where they can prove to be fatal.

Tragically there are cases in which a broken leg has led to complications that have claimed a victim’s life.

The Houston Chronicle recently reported the case of Michael Guigliano who fractured his left leg when he fell 15 feet at work. He was admitted to a local hospital but developed fat embolism syndrome, a complication associated with orthopedic surgeries. His family claimed a series of mistakes at the hospital led Mr. Guigliano to leave the hospital as a severely brain damaged quadriplegic.

He died a few years later. The family sued the hospital and received an undisclosed sum.

Closed (simple) fractures – where the skin is intact

Open (compound) fractures – where bones that break the skin. These breaks carry a greater risk of infection.

Linear fracture – A break parallel to the bone’s long axis.

Oblique fracture – A fracture that is diagonal to a bone’s long axis.

Transverse fracture – A fracture at right angles to the bone’s long axis.

Spiral fracture – A break in which at least one part of a bone has been twisted.

Comminuted fracture – where a bone has broken into a number of pieces.

Impacted fracture – a break caused when bone fragments have smashed into each other.
For more information 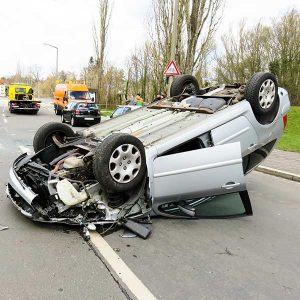 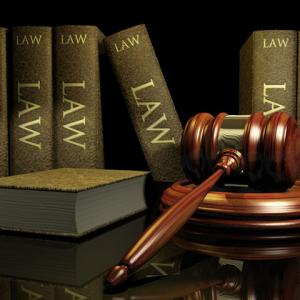