Schumer renews call for National Highway Transportation Safety Administration to investigate why Crown Vics are susceptible to fiery accidents, and how to better remedy the problem; Previous attempts to retro-fit the cars have had little impact

With a Dutchess County deputy sheriff narrowly escaping death early Friday morning following a fiery car crash involving the controversial Ford Crown Victoria police cruiser, US Senator Charles E. Schumer today renewed his call for the National Highway Transportation Safety Administration (NHTSA) to re-open and broaden an investigation to determine why the car and its sister models catch fire upon impact. Schumer said that now that over a dozen officers in the country, including a New York State Trooper near Yonkers in December, have been killed in Crown Victoria accidents, the problem must be investigated immediately.

“This is a no-brainer. No one should have to explain how important it is to make sure our police officers have cars that are safe. We know that there’s a problem, and now we need to figure out what we need to do to solve it,” Schumer said. “If that means changing cars so that a different model is used, so be it. Time is of the essence and the longer we wait, the more accidents we’ll see.”

Friday at 2:30 am, Deputy Robert M. Freer was pulling onto southbound Route 9 from Osborne Hill Road in the Town of Wappinger when his Crown Victoria collided with a tractor trailer and caught on fire. The impact of the crash left Freer unconscious, and had the driver of the tractor-trailer not pried open the police door and pulled him from the burning car, the officer would have died. As it is, he suffered bruises to his ribs and back and was listed in stable condition Friday evening.

Since 1983, at least fifteen police officers have been killed in Crown Victoria Police Interceptor (CVPI) rear-end collisions, and more than double that number have been burned or injured. On May 22, a Missouri State Highway Patrol trooper making a traffic stop was killed when his car was rear-ended by a truck and he was trapped inside the burning CVPI.

Just four days earlier, a Dallas police officer escaped death when his Crown Victoria cruiser burst into flames after being rear-ended on the westbound lanes of I-30. The officer had just stepped out of the car to help a motorist in a stalled vehicle when a truck slammed into the back of his car and caused it to explode.

New York State Trooper Robert Ambrose was killed near Yonkers in December, 2002 in one of two incidents involving cruisers catching fire after rear-end collisions. In response, Ford Motor Company performed a nationwide retro-fit of a safety shield aimed at protecting the gasoline tank. Schumer said that three explosions in recent months in retro-fitted cars make it clear that the safety shields are inadequate.

In May of this year, Schumer said the NHTSA should continue to investigate why the cars are especially susceptible to explosions, rear-end and otherwise, and what can be done to remedy the problem. Because NHTSA’s previous suggestion to retro-fit the cars did not prevent recent accidents, Schumer said the NHTSA should consider whether there should be a nationwide moratorium on the purchase of any additional CVPI’s until remedial measures – like installing fuel bladders used in the auto racing industry, and fire suppression systems like those used in military vehicles – are proven effective.

Schumer said the NHTSA should also investigate whether all auto manufacturers need to increase and intensify testing the front, side and rear of vehicles marketed for police use. On June 30, NHTSA said it did not plan to re-open the investigation. Schumer said that Friday’s episode is an example of why the agency should reconsider that decision.

“More people have been killed in Crown Victoria fires than were killed in the notorious Ford Pinto fires over twenty years ago,” Schumer said. “We must go back to the drawing board to figure out a solution before another avoidable death occurs. The job of law enforcement is dangerous enough. These heros and their families should not have to worry about their vehicles causing them harm.”

The CVPI is the most common vehicle used by our nation’s law enforcement. CVPI’s constitute over 80% of the New York State Police’s cruiser inventory.

Contact our Accident Lawyers if you have ever experienced a personal injury and think others are at fault for the accident. More information here 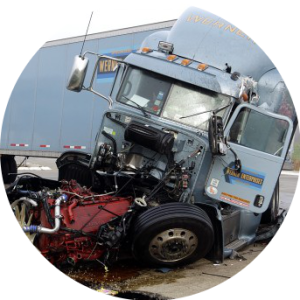